In an early scene of Luc Besson’s science fiction movie “The Fifth Element” there is not much left of Leeloo, the film’s main character. But on the base of a few living cells in her hand—the only part of her body that did not get completely vaporized in an alien attack—she can be reconstructed and with this reconstruction the film’s plot can unfold.

In order to make sense of the world it helps to have a visual layer: If we have a hand, we can develop a narrative. If this hand is missing, there is no more coherent—and cohesive—narrative.

Today, we find ourselves in a world in which we are troubled to develop coherent narratives of ourselves: Things are moving around us at high speed; we are struggling to keep our limbs screwed to our torsos and more often than not, we fail.

Where did our hands go when they became invisible? Does invisible really mean “not to be seen anymore”? What is the visual representation of the invisible
in the eyes of an all-controlling search engine? Can a screen be a trap? 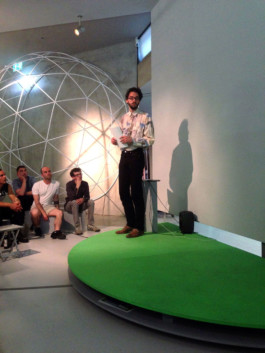