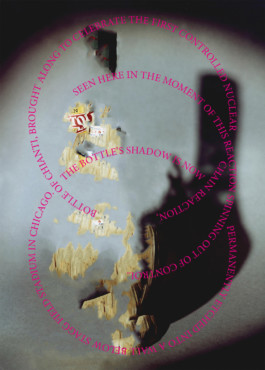 On December, 1st, 1942, physicist Eugene Wigner walks into a Chicago liquor store to purchase a bottle of Bertolli-brand chianti, imported from Italy. He plans to open the bottle to celebrate the world’s first controlled nuclear reaction, taking place the following day below the bleachers of Stagg Field, the stadium of the University of Chicago’s football team. Staging the experiment amidst a densely populated area in the heart of the—at the time—second largest city of the United States was an admittedly audacious act. Wigner is part of the team of scientists to conduct the experiment which is the inception of the nuclear age and the direct enabler of the utter destruction of the cities of Hiroshima and Nagasaki a handful of years later, as well as decades of both cheap “clean” energy and constant fear of total nuclear war.

Asked what he’d do in case the experiment would spin out of control, Enrico Fermi, head of the research group, famously and naively replied: “I will walk away—leisurely.”

This poster edition and an accompanying essay speculate about the moment when this experiment, indeed, does spin out of control.

The text on the poster reads:

BOTTLE OF CHIANTI, BROUGHT ALONG TO CELEBRATE THE FIRST CONTROLLED NUCLEAR CHAIN REACTION, SEEN HERE IN THE MOMENT OF THIS REACTION SPINNING OUT OF CONTROL. THE BOTTLE'S SHADOW IS NOW PERMANENTLY ETCHED INTO A WALL BELOW STAGG FIELD STADIUM, CHICAGO. 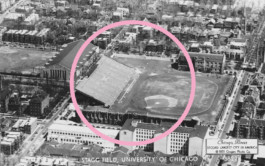 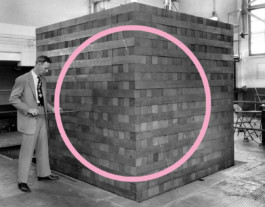 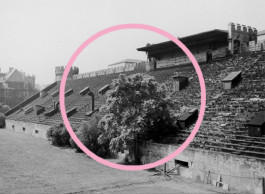